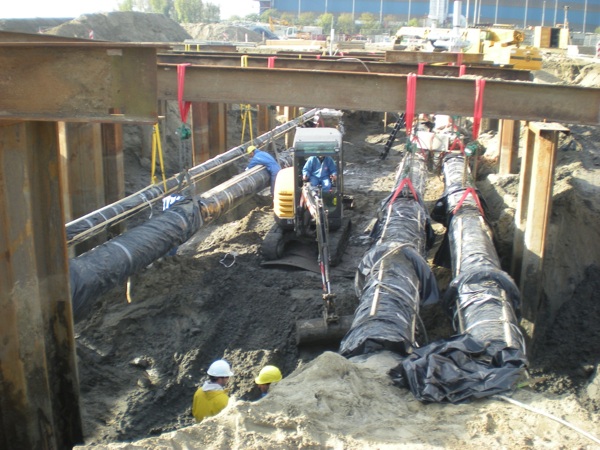 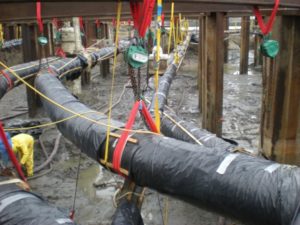 “Thanks to LGH’s support we were able to carry out this project without a hitch and according to plan. I was very impressed, both with the quality of the equipment and the service offered by LGH.”

A leak in an underground pipe had caused the area around Oude Maasweg in the harbour area of Rotterdam to become contaminated with petroleum products. The contaminated area was approx. 6 metres below the ground surface. Located above this area, at a depth of some 2.5 metres, was a pipeline with data cables and other lines for chlorine, various gases, propylene and oil-based products. The primary task was removal of the contaminated soil without damaging the lines, which it was not possible to remove or take out of operation.

Using a hydraulic excavator, Mourik excavated the substrate down to a depth of approx. 2 metres and then removed the remaining half metre using an industrial vacuum suction cup. Once this was achieved, Mourik was able to attach lifting slings to lift the pipelines and erect supporting beams over the sheet piling. The 30 spur gear chain hoists with a load capacity of more than 2.5 tonnes were then used to suspend the lines, thus enabling access to the underlying area so that the company was able to proceed with the task of soil decontamination. All in all, a total of around 15,000 tonnes of contaminated soil was excavated.