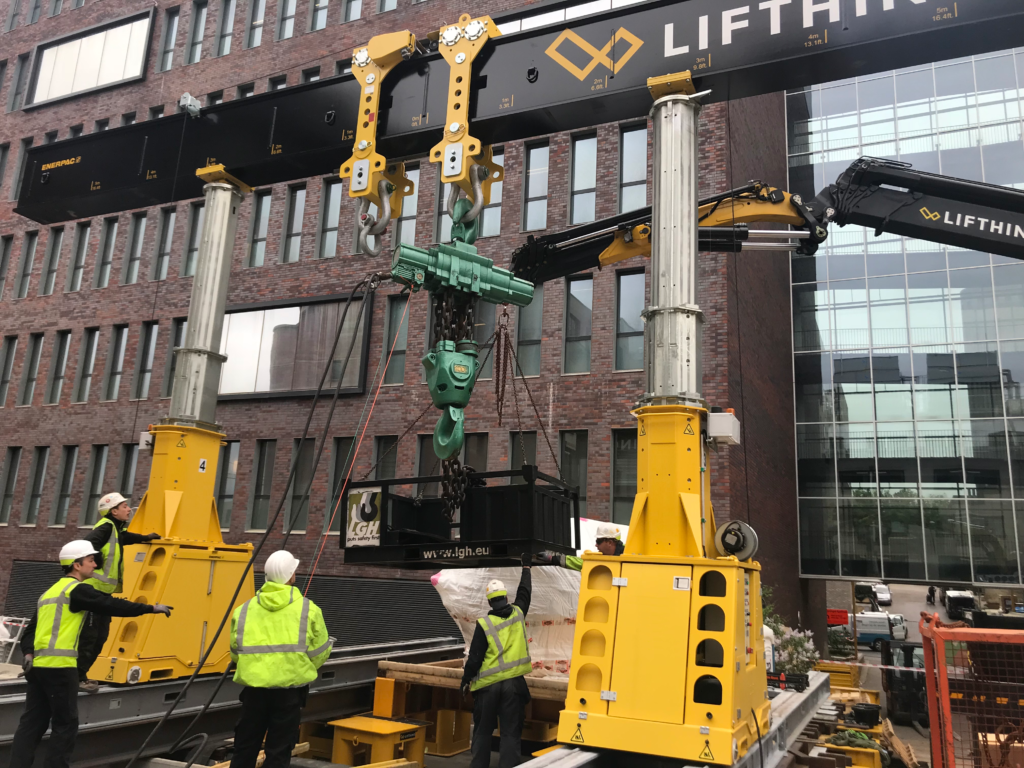 Both the weight of the cyclotron (55T) and the location, bunker not accessible from above by crane, were a challenge for our client.

In the UZ (University Hospital) in Leuven, the cyclotron (particle accelerator) was placed in an underground bunker. This bunker was not accessible from above by crane, so it was decided to use a 500T Enerpac portal. This portal was mounted above a hole in the bunker. Then our 100T hoist was placed between the portal and the cyclotron.

In total there were 4 large openings in the bunker that could be approached from above. Through each hole a part of the particle accelerator was lowered in a controlled way and once arrived there the parts form a working whole again. Besides the cyclotron, we also hoisted a part of it, a counterweight and an arm of the machine were lowered through the holes.

It concerned millimetre work and craftsmanship of Lifthing NV that carried out this job. We supplied a crown jewel from our fleet, the 100T hoist. On behalf of LGH, Davy Kraft had the opportunity to experience the job up close and he took these photos.

A handy solution for the spout of the chain came from our customer himself. With the help of big bag crosses with big bags this was no longer a problem.

The particle accelerator is expected to be put into operation around September 2019, so there is still some work to be done, but our work is done for the time being.

The total project in Leuven took at least three weeks. 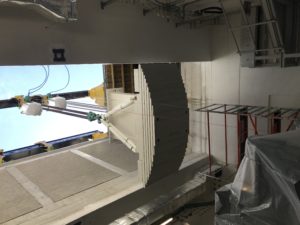 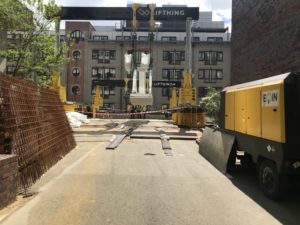 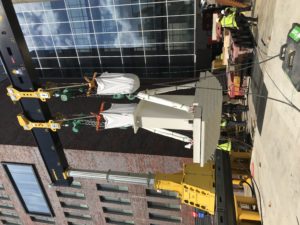 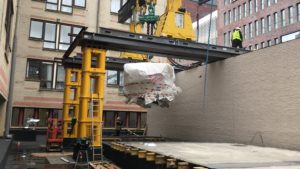 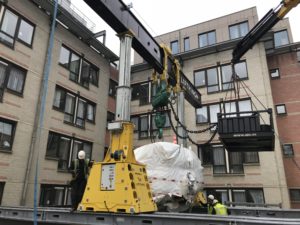 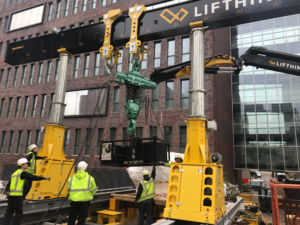