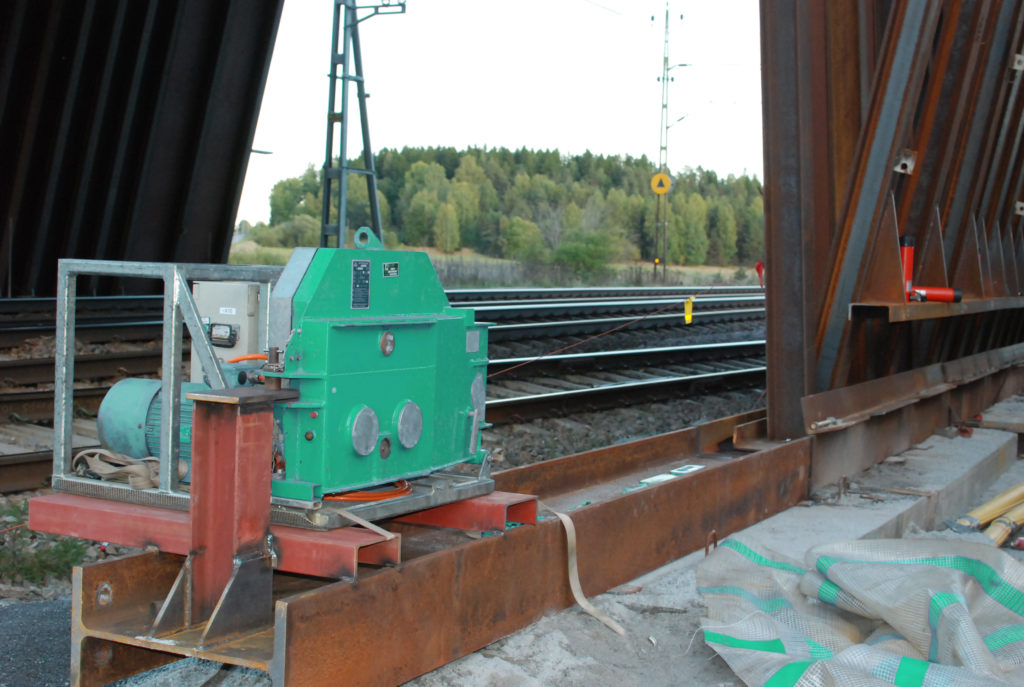 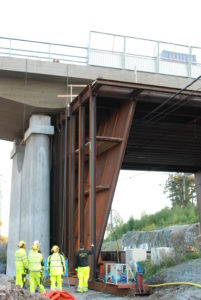 Johan Ledin, Managing director, Allt inom smide & Rostrfritt AB was very satisfied with the equipment and is planning a new project INOMEC and the LGH GmbH in the spring 2014.

Allt inom smide & Rostrfritt AB designed a steel mould weighing 130 tons. Before assembling the mould it was divided into five pieces to make deinstallation easier. After the concrete was placed, dried up and construction work was finished the pieces had to be removed from underneath the bridge without causing the train traffic below to stop for more than 12 hours. The tracks are highly frequented with trains directly going to and from Stockholm and also servicing the connections to the airport. The work had to be timed perfectly as delays were not an option.

At 7 pm on a Saturday evening the work started. All trains stopped running and the team had 12 hours to complete their mission. The power cables for the trains could not be taken down for the construction work, only the electricity was taken off the cables. This made the project again more demanding and the team decided to work from both ends of the bridge-tunnel at the same time. Both teams at each side had the same amount of equipment. To remove the whole mould construction from beneath the bridge, it was divided into five pieces before installation. The individual pieces were then brought into place underneath the bridge using a number of hydraulic jacks. The moving skates – with a capacity of 30 tons each – were then put underneath the pieces so that they could be lifted up and made moveable. The 6.4 ton winches then pulled the pieces out of the bridge tunnel. Once out of the tunnel, a mobile crane with 320 ton capacity was on top of the bridge to dismantle the steel structure that had been in use to support the bridge during construction. The project was a huge success – the support frame was removed on time thanks to the equipment provided by INOMEC and its partner LGH GmbH. The equipment that was rented out consisted of two 10 ton hydraulic jacks, steered by two manually controlled synchronous lifting systems, as well as two 6,4 ton Habegger winches and moving skates with a capacity of 30 tons each.